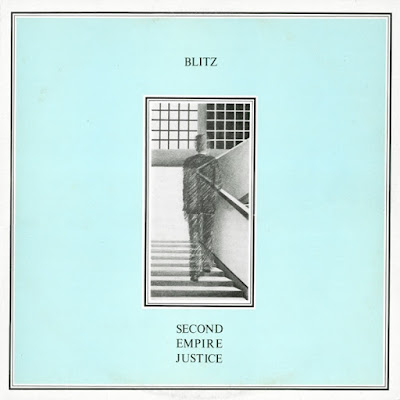 In 1983, arguably, the best Oi band became, arguably, the best Post-Punk band. When I first heard this, i signed it off as rubbish, like most people who like Blitz would've, i imagine. Years later, and the second time I heard it, I fell in love. Amazing, cold, goth-tinged Post-Punk that is a by product of the Thatcher years. The two stand out tracks, Flowers & Fire and Telecommunication, are absolutely perfect. Every song on here is gold, but those two, platinum!
Posted by NO BEAST SO FIERCE at 6:32 PM 2 comments:

Sore Throats alias, Saw Throat, and their one and only LP, the scathing indictment on capitalist society, industry and its materialistic hedonism, Indestroy. After Sore Throat did the 101 song classic, Disgrace to the Corpse of Sid, they 'threatened' to do an entire album with just one song, this is it, but truth be told, its really 5 or 6 songs, or 1 'movement' in 5 or 6 parts. This is the LP that first got Punks to take a hard look at our environment and the systematic rape of it and it is just as poignant today as it was in 1989. Indestroy is a juggernaut in sound, scope, vision, and in message. The most abrasive music these maniacs ever made. A bonafide classic! Top Shelf stuff! 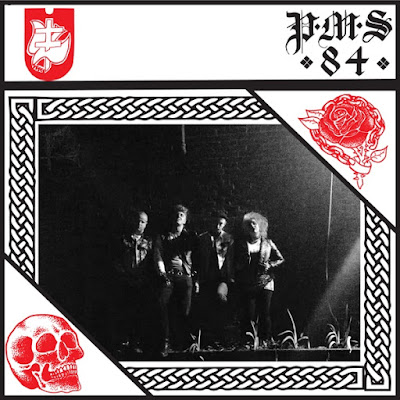 Holy Shit do I love this lil scorcher. Three songs by newish PDX Punks PMS 84 (i read somewhere it means Punk Means Something, dunno if thats true though). Each song a stomper. A bit UK82 (that fuckin BASS!!!), a bit Hardcore, a bit snotty, a bit snide, a bit crude, of the highest order, fo'sho. The songs Creep and You Cant Tell Me Anything are bound to be classics. Just fuckin' stompers!

Members were or are in bands such as Combat Knife, Franky, Vivid Sekt, Moral Hex & more..... 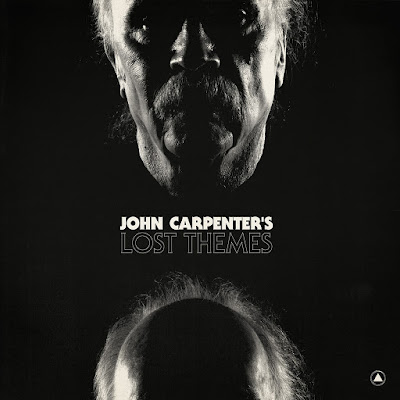 Director John Carpenter's Lost Themes LP on Sacred Bones Records. Nine tracks of classic B-Movie soundtrack music. John Carpenter always did his own music, at first because he couldn't afford to make a movie AND pay someone to score his movie. So he composed his own music and turned out he was pretty darn good at it. Just look at the soundtracks to Halloween and Halloween III, bonafide classics (that opening track to Halloween III is genius!). Escape From New York and They Live's OST are also classics.
Lost Theme's puts you right into those 1980's B-Movie classics we all love. Slasher flick, revenge flick, campy Horror, sci-fi....Lost Themes has it all.

And be on the look out for Lost Themes II. 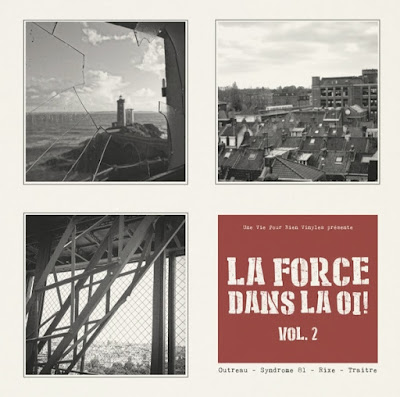 Four song compilation outta Nantes, France. Four bands. Four of THE BEST Oi bands out right now and they all happen to be French. Syndrome 81 & Rixe are the more known, as they've both put out phenomenal records over the last year or so. But all four cuts are of the highest order! Just fantastic Oi/punk/Hardcore that channels the French greats of old ala R.A.S., Snix, & L'Infanterie Sauvage but also influenced by the old English guard ala Blitz, Cockney Rejects, & even some SLF. These cats are tearing it up & this sampler is a perfect intro into this new French Oi scene.
Posted by NO BEAST SO FIERCE at 7:19 PM 1 comment: 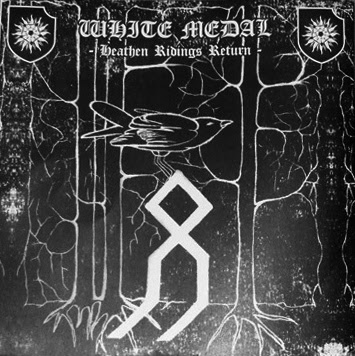 Anyone who has been following this blog over the years more than likely knows of my affinity for this Yorkshire one man Black Metal band, White Medal. I would even say theres maybe 5 BM bands I'll listen to these days, maybe 10. Im bored of it. No one brings anything new to the table, it seems. White Medal does.

Im not even sure what it is they do, its hard to put their sound into words. They def take the stomping Black Metal Punk blueprint but add so much more. Very Eldritch in sound and aura. Dickensian. Very , very English. In fact he sings in Northumbrian, in a Yorkshire Dialect and the lyrics are mostly about Yorkshire & Northern England. The white roses on his covers are the white roses of Yorkshire.

This guy, George Proctor, is also a very busy fella. He does White Medal. He does the great Legions Blotan label. He is in about 20 other bands, seriously, from heavy metal to power electronics to viking metal to whatever, i dunno, this guy has his hand in many different pots. You might know him from SUMP, Mutant Ape, AuldFeud, Arch Toll, 12 Year Old Proud Parent, Vanya, Unkerd Wood, Karst, and, again, many more.

The music of Heathen Ridings Return is a slight departure from his other work, as its more, i dunno, epic i suppose, but White Medal epic, not Viking Metal epic. Its amazing as all his stuff is. 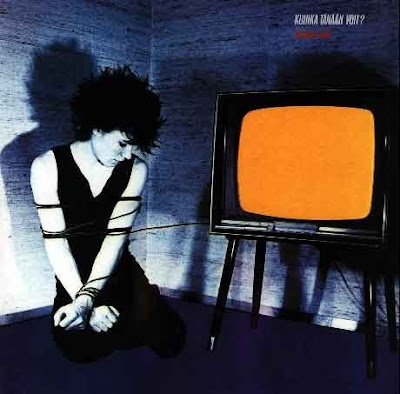 Kuudes Tunti (sixth hour) was a Finnish post punk band that did this one amazing LP & called it a day. Musically, this is in the same vein as other mid-80's Post-Punk bands like Polands SIEKIERA & fellow Finns MUSTA PARAATI & PYHAT NUKET. All 4 are some of my all time faves. And theirs just something about singing despondent, ColdWar-era tunes in Finnish, its just perfect for Post Punk, as political Punk is perfectly articulated in Spanish (Catalan!!).
Members were in LAMA, MUSTA PARAATI, NOLLA NOLLA NOLLA (000), & a few more I'm not familiar with. 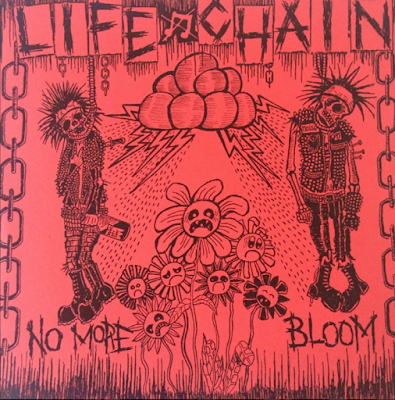 Been awhile, eh folks? So there's no time to waste! Lets get back into things with the mighty Life Chain and their 2015 offering, the No More Bloom 7"Flexi. Five songs of reverbed D-Beat Raw Punk Madness! After a killer demo, and two prior e.p.s that were even better, this band is just reeking havoc on our ears! And Life Chain ,my friends is like a good bottle of Scotch, they get better with age. No More Bloom very well might be there best cut to date (though the No Laughter e.p. is also very good).
Members were in or are currently in bands such as Concrete Asylum, Never Human, Unreal Thought,   CumRag, Word on the Street and many, many more!!

Lastly, a shout out to Ben, Cody and all my friends in Nova Scotia! In case you guys have emailed me in the past year, just letting ya know, you guys have my old email that i can't access anymore.