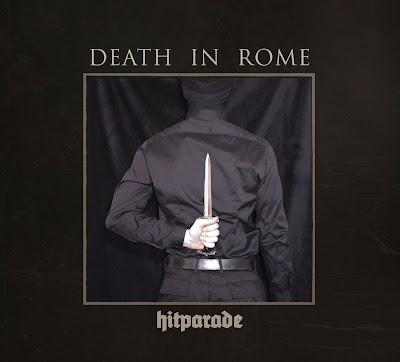 Munich, Germany's Death In Rome. This is their first full length and it is my number one pick for 2016, my absolute favorite record of that year (just a tad bit above my fave Punk record of 2016, the S-21 demo). And its an album of cover songs!

Anyway, with a name like Death In Rome ya probably know what its gonna sound like and you would be correct. But its what songs they choose to cover that makes it special. Songs from bands ranging from Miley Cyrus to Motorhead to A-ha to Pat Benatar. The whole album is amazing, but my two favorite songs on here are their covers of Aqua & George Michael. They breathe new life into some pretty stale songs and some of them just come out haunting.

Ive been talking with Jaromir through email and they're in the studio now recording an album from start to finish of a late 80's classic goth record, i don't wanna say which one as not to ruin their surprise, but lets just say I'm ecstatic about it! Im also trying to get them to play here, so ill keep ya posted on that.
Posted by NO BEAST SO FIERCE at 6:57 PM