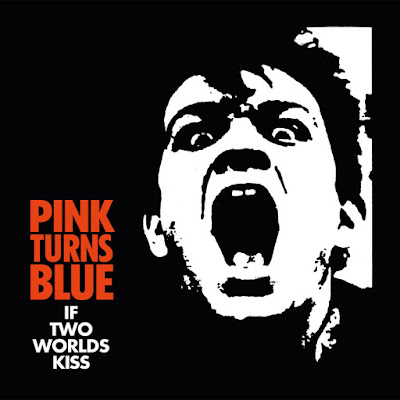 Cologne, Germany's Pink Turns Blue. A criminally underrated band. These guys started a band to play New Wave, but ended up playing Dark Wave, and some say, were the originators. To me, this is just as much punk, post-punk, goth and new wave as it is dark wave. Influential. Creative. Harsh at times, soft and beautiful at others. This is a very good LP, and again, underrated. They also have a very extensive catalog. Roughly a dozen records and as many singles. I believe they are still playing.

Choice cuts: Walking On Both Sides (my fave), I Coldly Stare Out, When It Rains, If Two Worlds Kiss, & Missing You. The whole LP is amazing though.
Posted by NO BEAST SO FIERCE at 6:56 PM